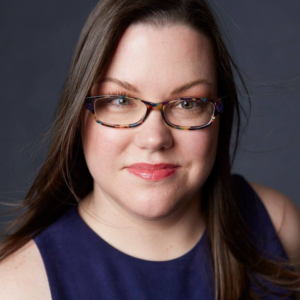 Lauren regularly speaks about social media, LinkedIn, food writing, and personal branding, including at Columbia Scholastic Press Association, Modo Labs, and Columbia University. Please get in touch if you are looking for a guest speaker or panelist at your next in-person or virtual event.

Lauren’s stories about travel, food, drinks, Chinese culture, shopping, architecture, health, kids/family, and popular culture have appeared online at The Daily Meal; in U.S. magazines, including Newsweek International, Home Furnishings News, and Elle Girl; and newspapers like Chicago Tribune, Newsday, The Palm Beach Post, and Sun-Sentinel. In Beijing, her work has appeared in Time Out, City Weekend Beijing, tbj Home, and Urbane. In Hong Kong, her work has appeared in Time Out. In Taipei, her work regularly appears in EVA Air’s inflight magazine, En Voyage (formerly Verve). She has also written for the Taipei Times newspaper and magazines Travel in Taiwan and Centered on Taipei. In addition, Lauren has worked on guidebooks for Zagat, Explorer Publishing, GuidePal, DK Guides, Touring Bird, Dorsia, and Time Out.

Lauren has traveled to 48 countries on five continents but counts Asia as tops on her list of places to explore. Countries at the beginning of the alphabet, particularly Argentina and Australia, are on the top of her travel bucket list.

Your feedback is valuable for us. Your email will not be published.

Who I Am
Lauren Mack is a freelance journalist who writes about travel + food + more. Connect with me on social media or drop me a line at journalistmack [at] gmail [dot] com
What I Write
Latest Projects
My Journey
Continents Visited: 5 Countries Visited: 48 Cities Visited: 1,003 Stories Written: 2,047 ______________ #VoyageDiva #WhatLaurenAte
Latest Tweet
Tweets by lmack
2020 - All rights reserved.
© Lauren Mack